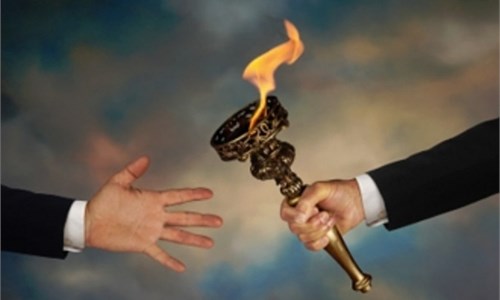 Creating a Succession Plan (Part One)

What would happen to your company if you were to suddenly lose one of your key leaders? Is your company prepared? Do you have strong, best-in-class candidates ready to take charge at a moment’s notice? Here’s what you need to know to be prepared for this eventuality.

What is Succession Planning?

You don’t always know when a change of leadership will occur. That’s why every company, large and small alike, should be prepared for sudden, unplanned changes of leadership, from lower management all the way up to C-Suite/Board level. This foresight is Succession Planning, and it’s a vital part of keeping an organization alive, healthy and afloat. Poor planning, or a lack of it entirely, can damage or even cripple a company. Imagine your organization without top leadership. There’s nothing worse than an empty C-Suite, except perhaps having it filled with someone who is underqualified for the role because the position “needed to be filled.”

In this three-part series we will discuss how your organization can create a robust and effective succession planning program that will ensure business continuity at times when you need it the most.

There are three main questions that come to mind when thinking about creating a Succession Plan:

Who Makes the Decisions?

Creating a Succession Plan involves a large number of people, from the Board of Directors to the CEO, the H.R. Department to the potential candidates.

Since the Board hires the Executive Director, it is responsible for succession planning for the position. All too often, boards find that they are unprepared for such an emergency and must scramble to quickly replace that person, resorting to the recruitment of an interim Executive Director which can further increase the feeling of instability.

The Executive Director, in turn, is responsible for creating a Succession Plan for other key positions in the organization, usually with help from the management team and input from those employees whose succession is being safeguarded. This Succession Plan is often presented to the Board for approval, particularly in the case of upper level management positions.

The succession document should be revisited at least annually. This will ensure that the Board and Executive Director have the opportunity to make current, educated decisions in their choice of candidates for leadership and executive roles.

What Positions Should be Included

Some positions are obvious, such as CEO and other C-Level positions. But determining which other positions should be included in your succession planning can be difficult. For a tech company, specific engineering roles may be critical, while for other companies marketing roles may be more so. Each organization must identify the roles to be included based on a combination of internal and external factors including:

Selecting the right candidates takes time and effort, and can be time consuming, but it’s of critical importance. In Part Two of this three-part series we will discuss How to Choose the Right Candidates.

Let 3D Tek be your guide to your leadership and talent management. We specialize in Executive Search and IT Staffing services, working with companies nationwide to align them with only the best talent. Visit www.3dtek.com to learn more about who we are, or call us directly to speak about your needs at 352-569-9203; 111